The Marriage Proposal in Venice is an unforgettable moment that will remain etched in the heart of anyone who has had this experience.

The choice of the location for the Marriage Proposal is perhaps the most worrying aspect as everything must be perfect and nothing can be left to chance. One of the most enchanting locations in Venice is undoubtedly San Giorgio Island which with its breathtaking view makes the proposal magical.

We took photos of the  Venice Wedding Proposal  of Fernando and Milagros, a young Mexican couple who chose Italy as a destination for their holidays. Months earlier, Fernardo contacted us asking for all possible information on the Marriage Proposal in Venice. He was undecided about which location was the most suggestive and would leave his better half breathless. After examining all the options, he chose San Giorgio Island. We made an appointment at the prearranged time and, as usual, we pretended to be tourists so as not to arouse any suspicion in Milagros. The marriage proposal in Venice had to be absolutely perfect. As soon as Fernando knelt down to propose to his girlfriend we started Photographing the scene and all of their emotions. Milagros didn't expect the Marriage Proposal and surprised she pronounced the long-awaited word: Yes!!

After the  Venice Marriage Proposal in San Giorgio' Island we continued the Photo Shoot in the magnificent views that the city of Venice offers to give the two future spouses photos that will remember one of the most beautiful and romantic moments of their lives.

If you are planning a Wedding Proposal in Venice, here are some tips and frequently asked questions:

How long in advance should I contact the photographer for the surprise marriage proposal photoshoot?

The sooner you contact us the better, this way it is easier that we are available. Especially in the summer months we are very busy and it is best to contact us at least 4 months in advance.

What is the best location for a marriage proposal in Venice?

Venice is unique and there are several locations suitable for a Marriage Proposal. In our opinion, the best locations for a Wedding Proposal in Venice are:

What is the price for the marriage proposal photoshoot in Venice San Giorgio Island?

Contact us for a detailed quote on the form and we will give you all the necessary information! 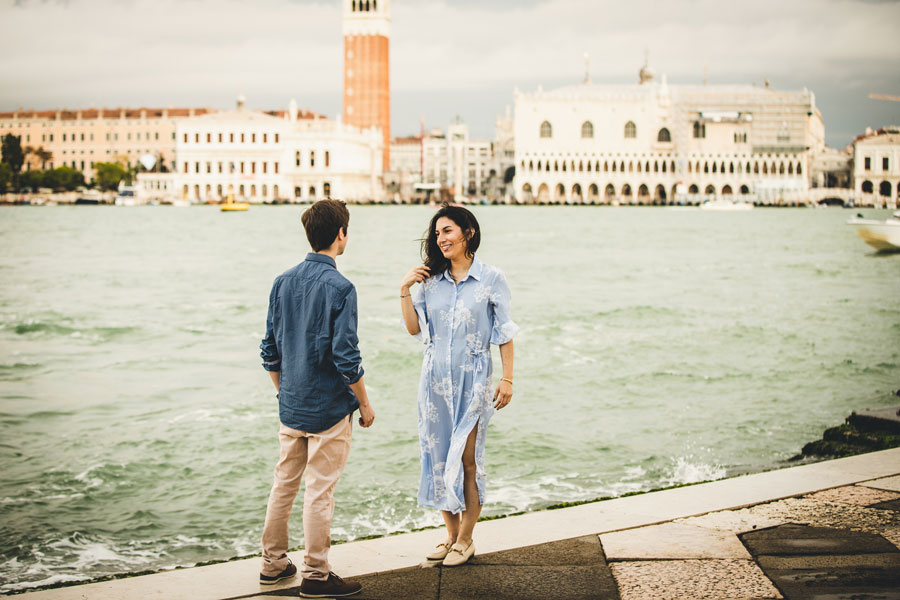 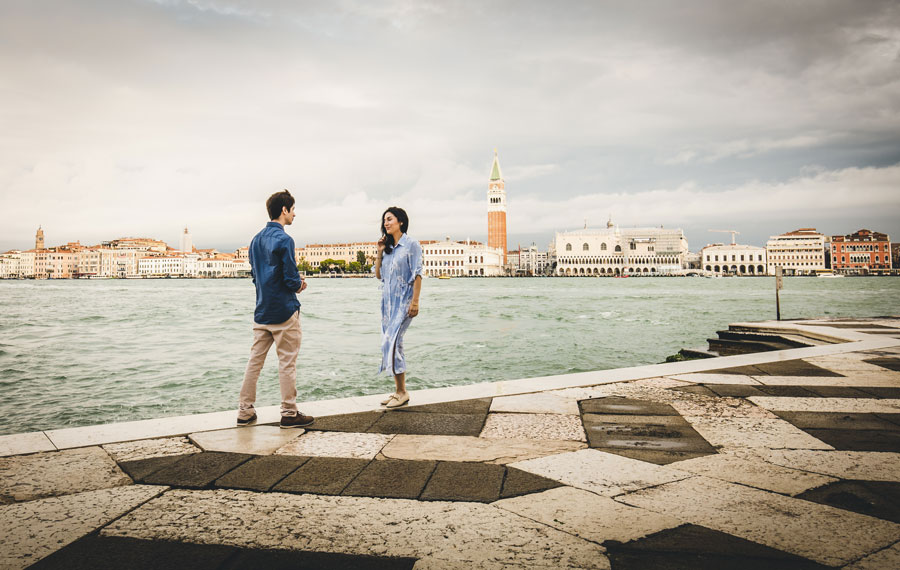 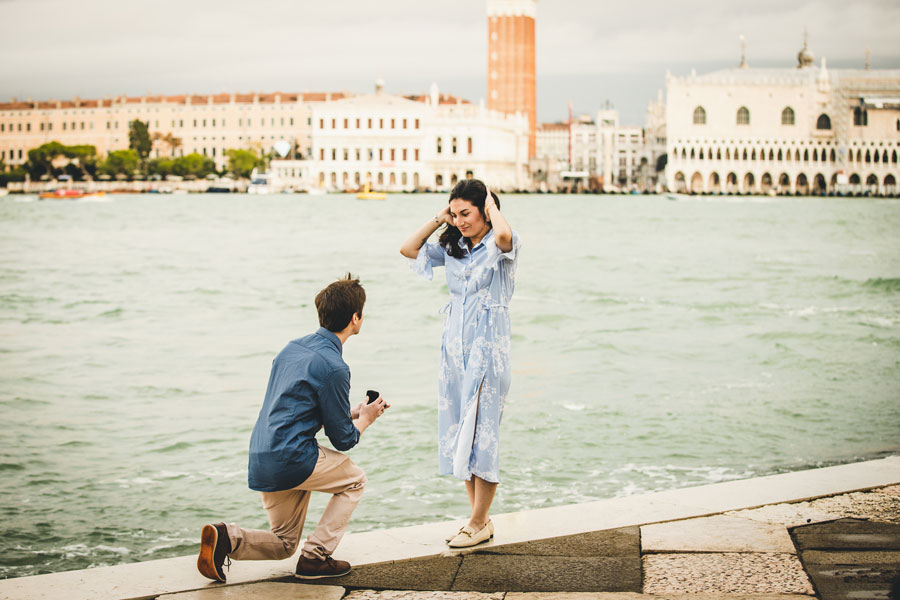 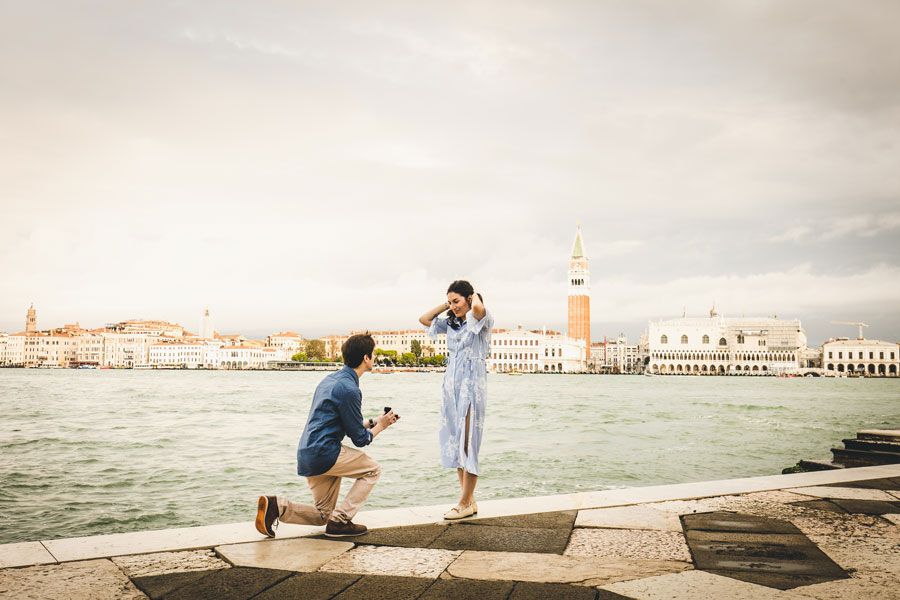 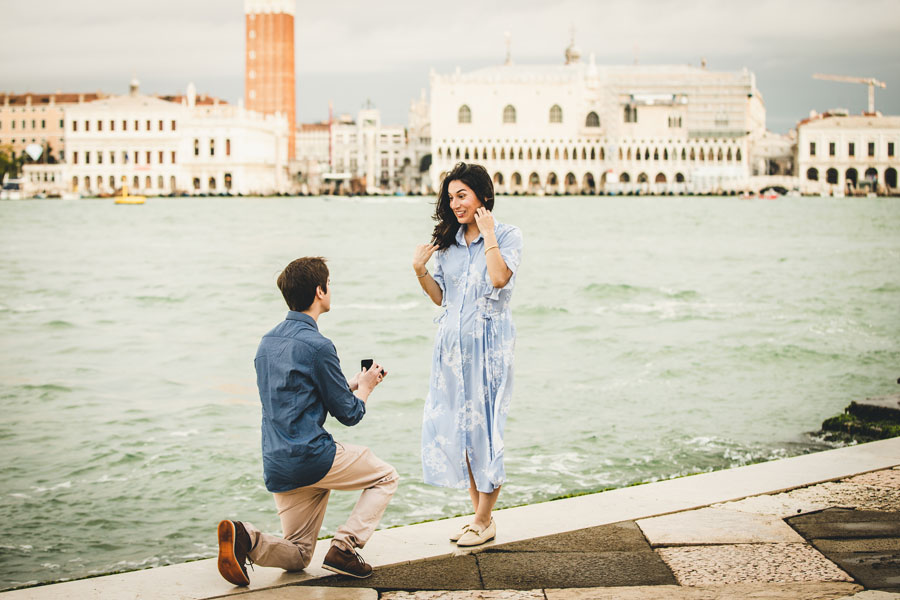 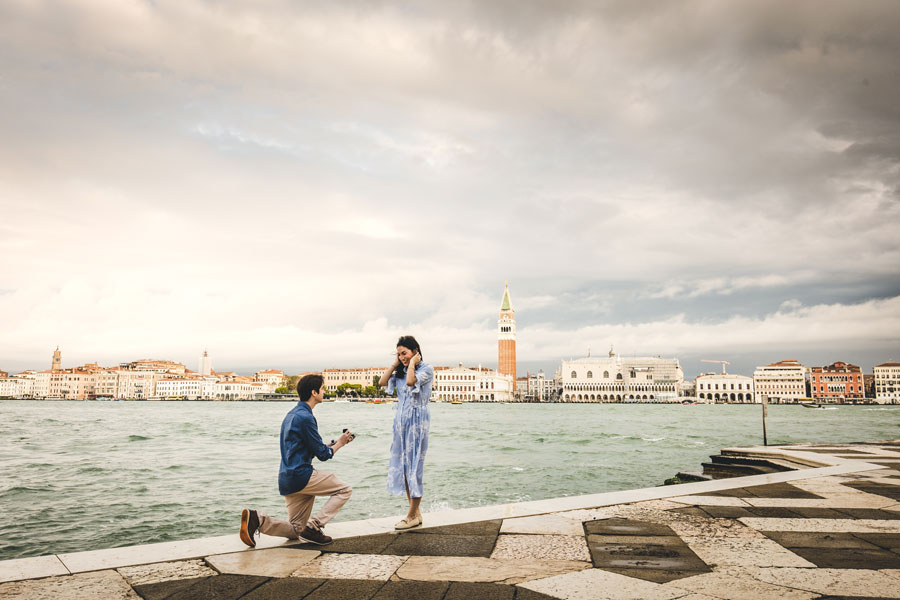 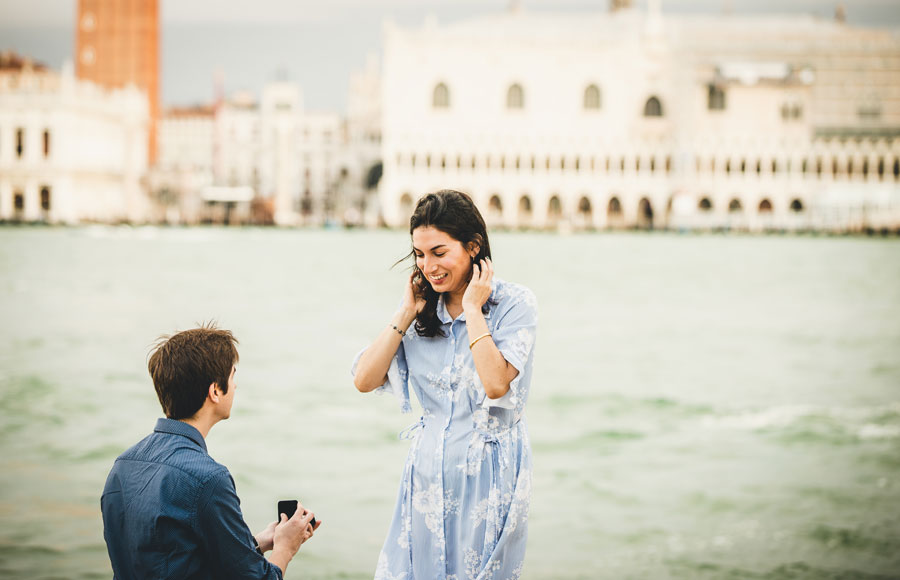 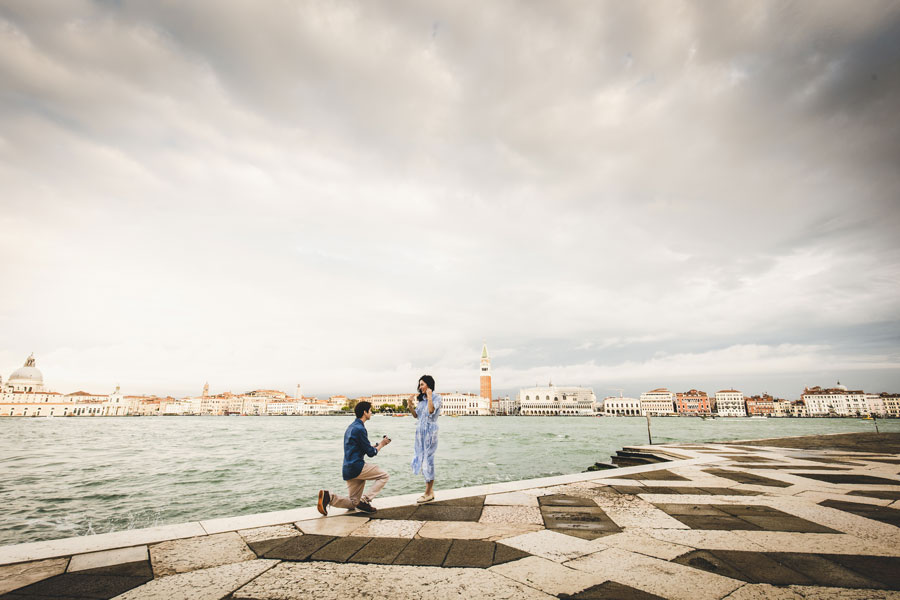 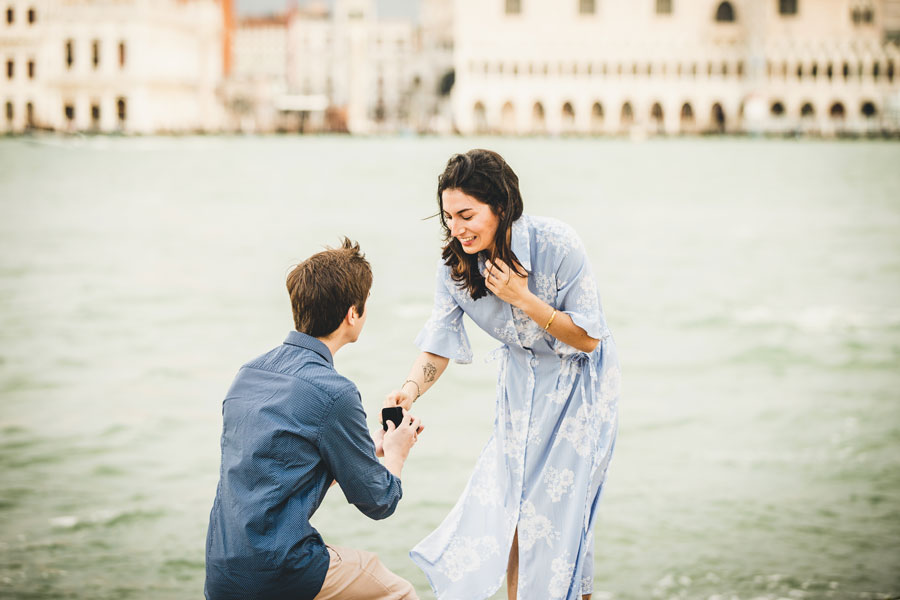 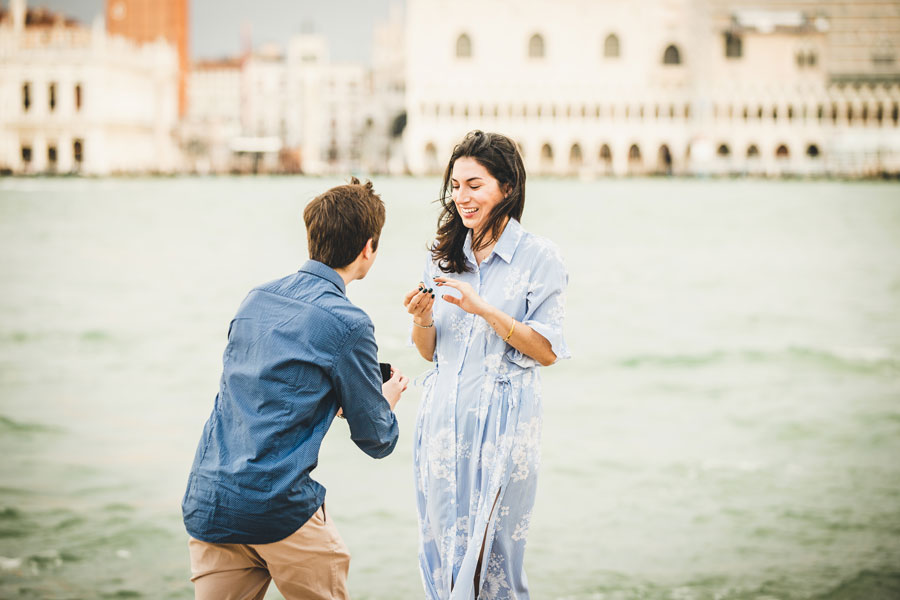 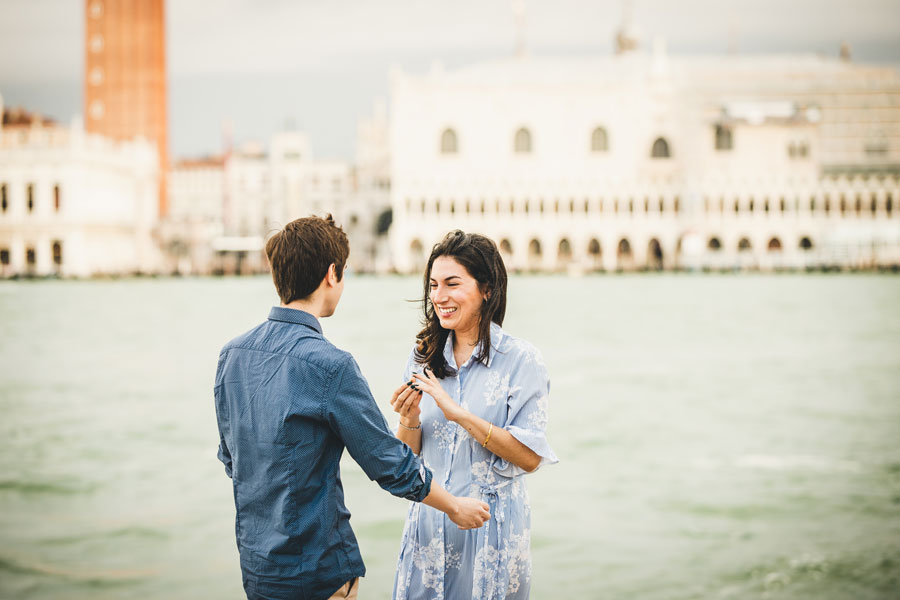 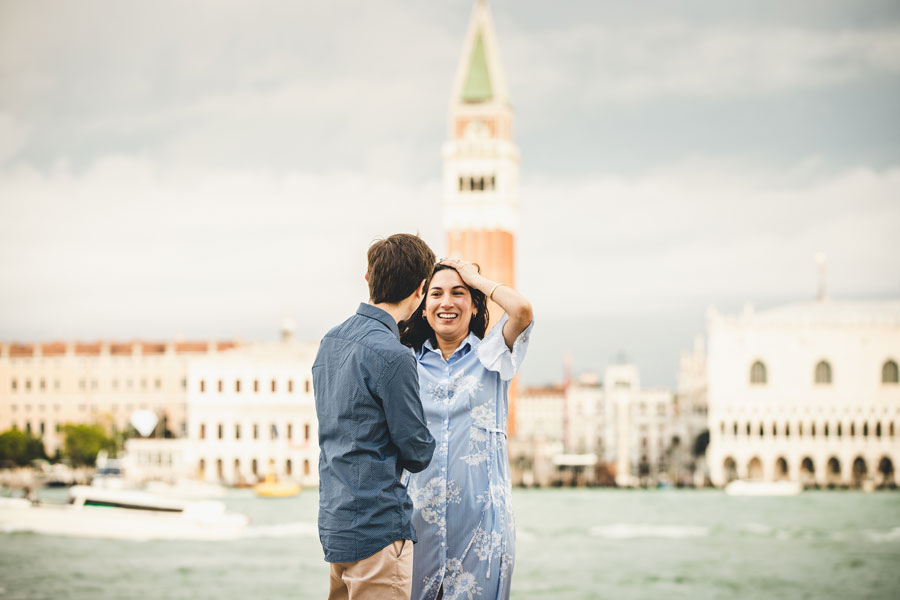 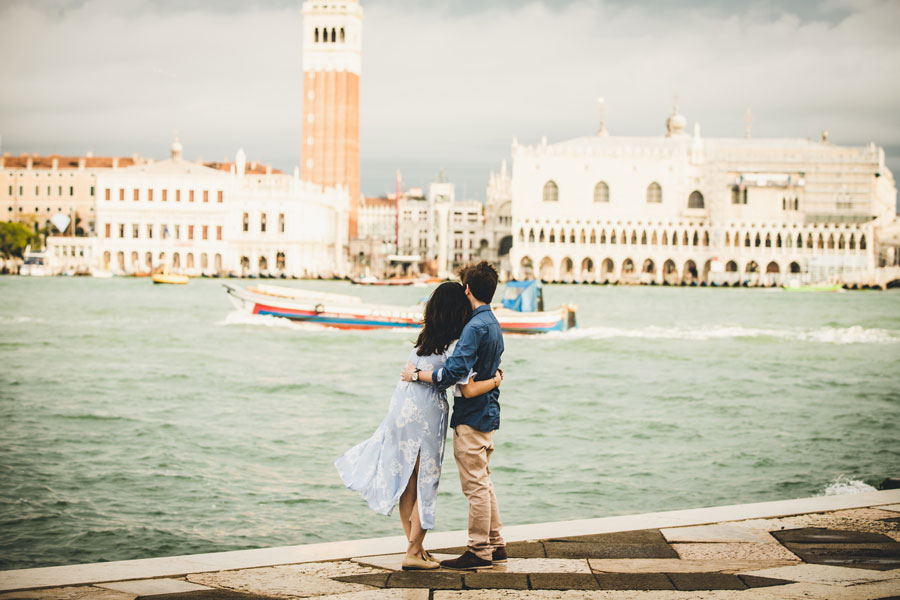 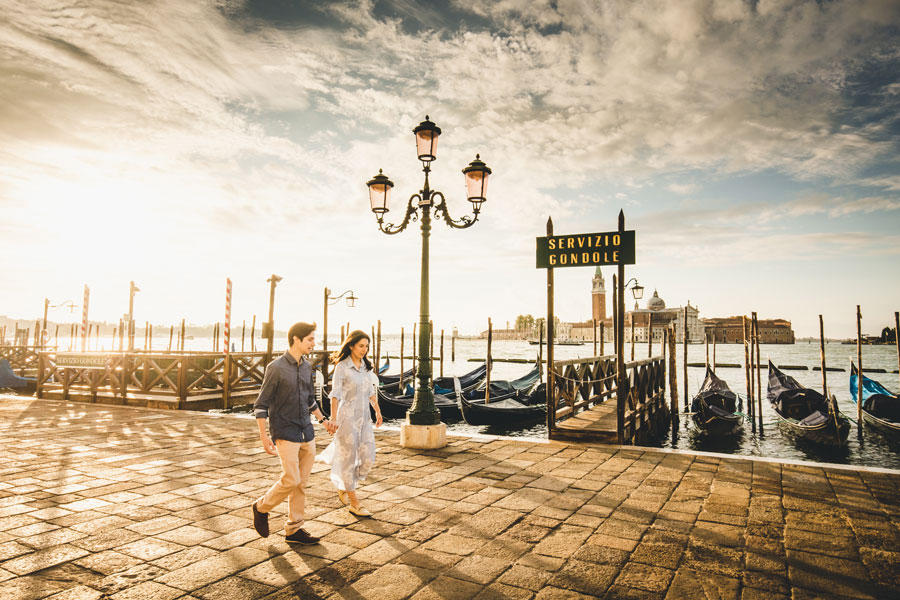 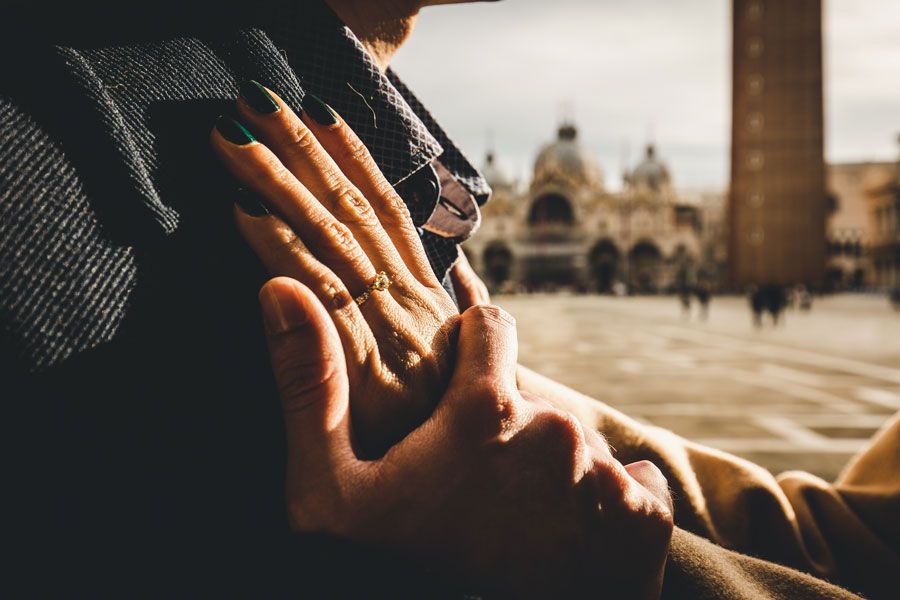 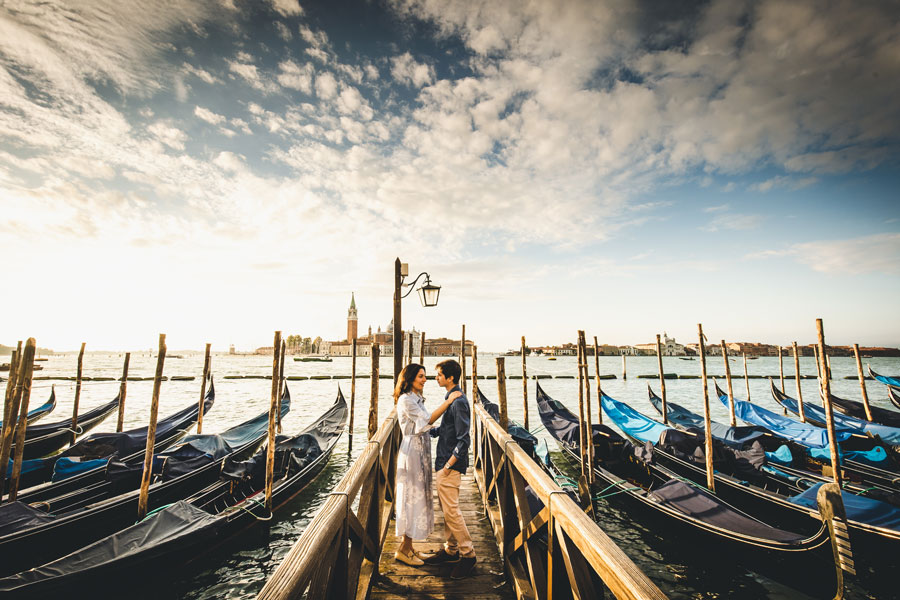 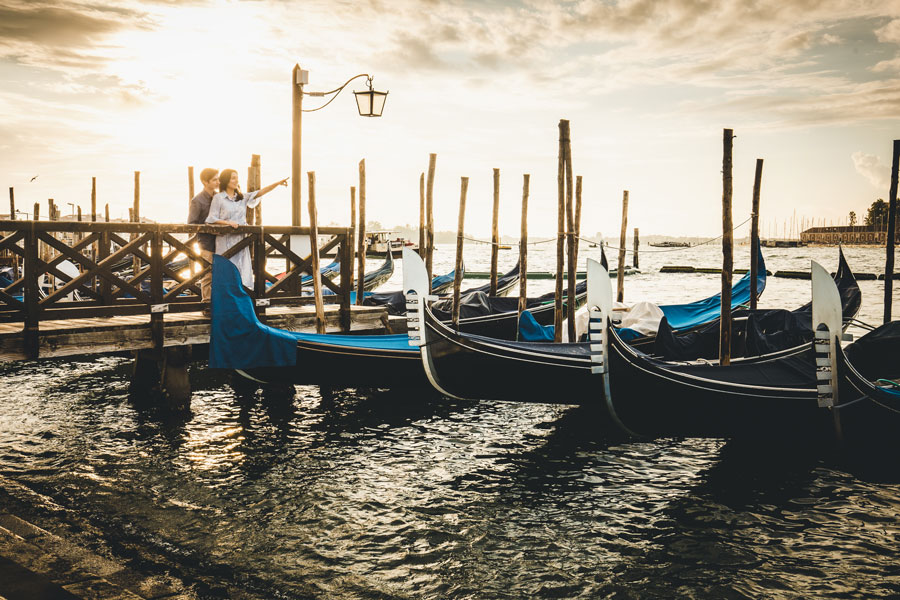 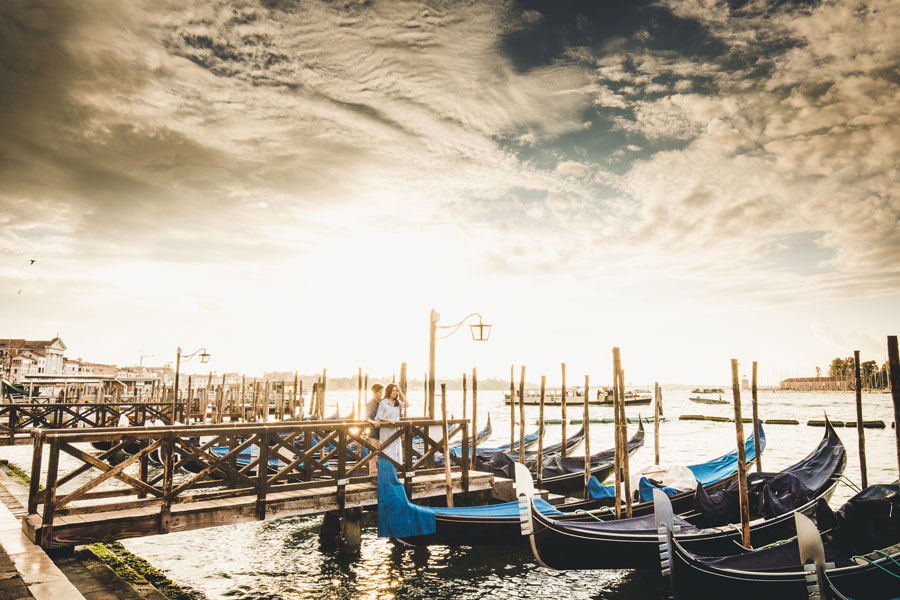 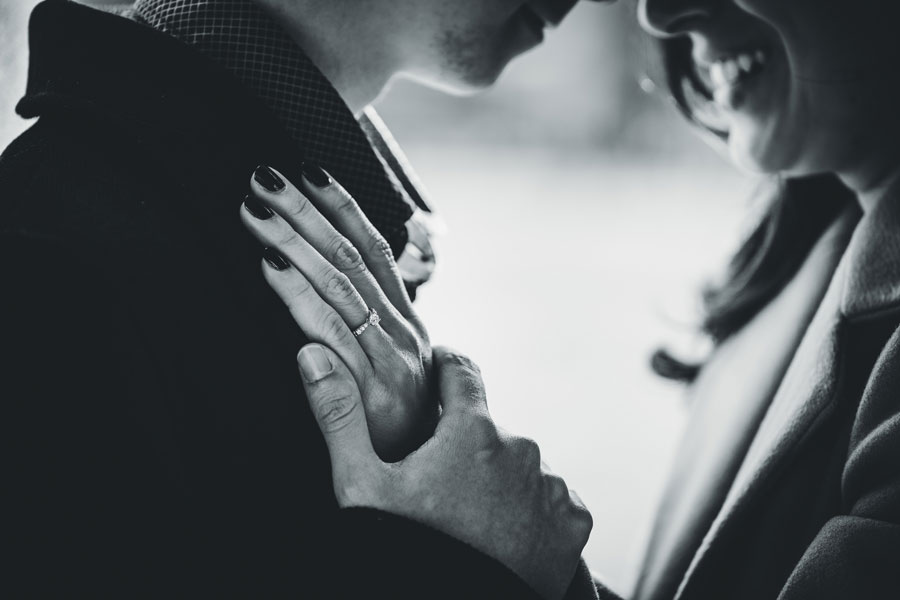 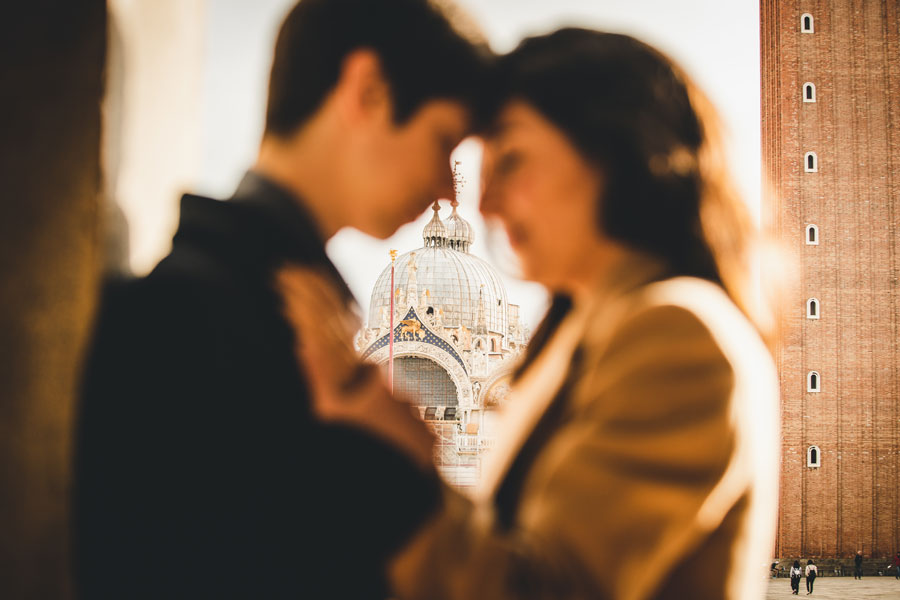